Hayfever… those that suffer from pollen allergies know only too well the irritation that goes with itchy, watering eyes, sneezing and dry throat. While others are out enjoying the sunshine, all too often hay fever sufferers are confined indoors when pollen counts are high. But are there any natural remedies for hay fever that work? 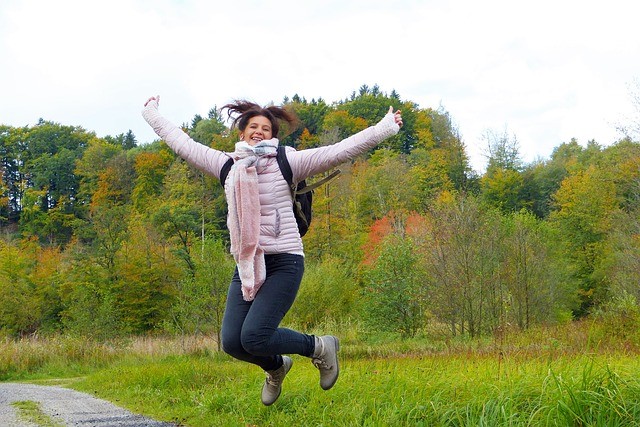 There are many over the counter hay fever remedies that help to ease symptoms, but they can often come with some undesirable side effects such as drowsiness. Also, they might not work for you. The good news is that there are some helpful natural remedies for hay fever symptoms, and it comes from the power of plants! 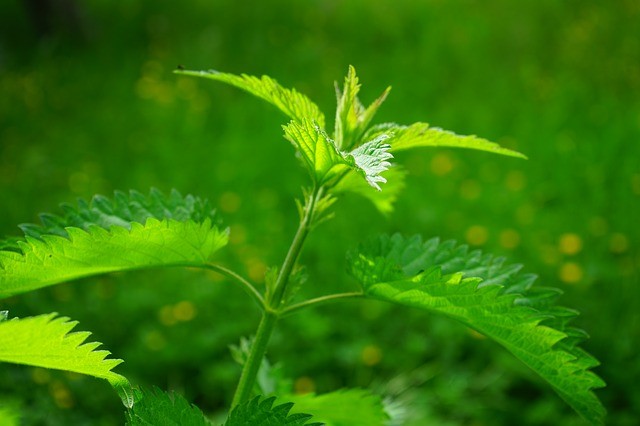 The common stinging nettle (Urtica dioica) is a powerhouse of nutrients, as well as having antihistamine and anti-inflammatory properties. This not only helps counteract the symptoms of allergy, but reduces the swelling of tissue in the nose and eyes.

You can collect fresh stinging nettles and dry the leaves to make into a tea, or you can also buy nettle tea already in bags ready to pop into a cup. You can also get nettle in capsule form.

For a more potent brew, an infusion can be made by steeping dried nettle into freshly boiled water, then leave for approx. four hours. The leaves can then be strained from the liquid, which can then be kept cool in a fridge. Drink 2-4 cups per day, starting slowly. Although nettles are a safe herb to consume, it makes sense to introduce anything new to your body cautiously.

If drinking nettle tea for hay fever, do not expect instant relief. Rather, the easing of symptom occurs after a day or two of regular use, allowing the effects of the plant to build up. 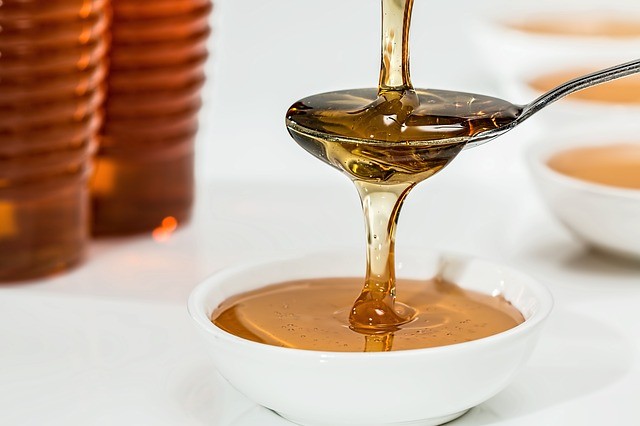 Local honey is often considered a good natural remedy for hay fever as it contains pollen from the air around you. It is thought that eating local honey can help desensitise hay fever sufferers to pollen in the area, especially if used regularly before the hay fever season. Try adding local honey to your diet every day to see if it helps your symptoms. 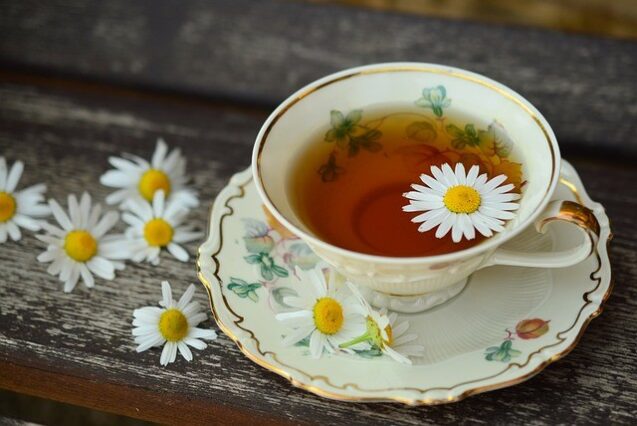 Another good herb to drink as a tea, chamomile has anti-histamine and anti-inflammatory properties. Applying cold, used chamomile teabags to itchy eyes can help to soothe discomfort and help reduce swelling. 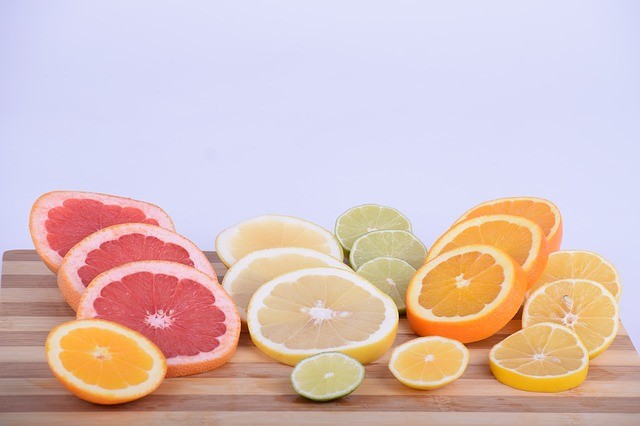 Vitamin C from citrus fruits may help combat symptoms of hay fever, as it is a natural anti-histamine. When you get symptoms of hay fever, your body floods itself with histamine to fight off what it sees as a threat. Vitamin C has been shown to reduce the amount of histamine in the body, and help to reduce the effects of allergies. In fact, if you suffer from hay fever, you could be deficient in vitamin C as the body uses this resource to combat symptoms. This study shows how vitamin c in different doses helps as a natural remedy for hay fever. 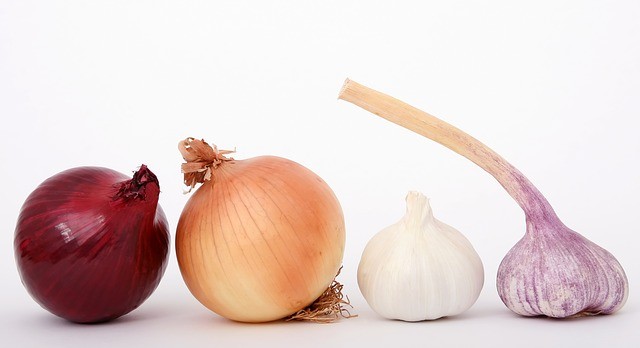 Garlic and onions are full of a flavonoid called quercetin, which is a powerful antioxidant and natural antihistamine. The most benefits come from eating these foods raw! Try eating 2 cloves of garlic per day, and add more onions to your diet. Don’t worry about smelling of garlic breath… it much better than having hay fever!

TIP! When you have hay fever symptoms, it’s a good idea to not eat or drink dairy products. This is because dairy increases the amount of mucus we produce in our noses and throat, adding to the feelings of blocked nose and irritation. 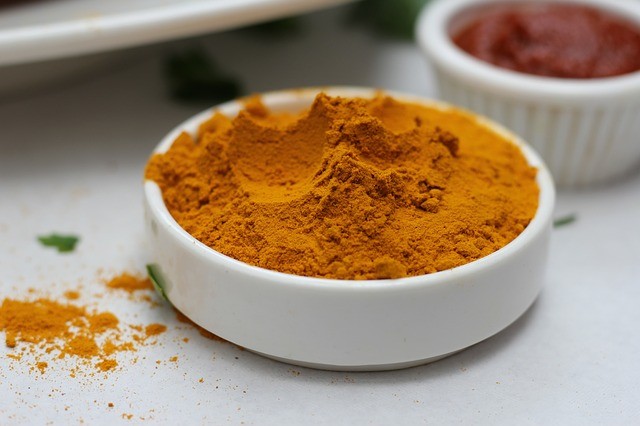 Turmeric is a yellow, earthy flavour spice that is a common ingredient in curried dishes, although it does not have any spicy heat. There are lots of studies that report health benefits associated with turmeric, including its effect on histamine production in the body. Try half to one spoonful per day mixed with water, juice, or added to a smoothie to help fend off hay fever symptoms.

For more help with hay fever, hayfevertips.uk is a useful resource.

I have struggled with hay fever for as long as I can remember. When I was a kid, my eyes were so puffed up, itchy and swollen that I had to lay down with a freezing cold flannel across them to soothe them. You can read some more tips on helping children with hay fever here.

As an adult, I know not to give into the temptation to rub itchy eyes, but the feeling of wanting to is something that sends me crazy. Even though I have taken over the counter antihistamines, I never feel great during the early summer months.

I’m always on the look-out for natural hay fever remedies, and have tried everything on the list above. Right now, I’m trying a combination of nettle and turmeric, and so far so good. Yet the time my hay fever symptoms kick in is during May and June, so I’m waiting to see how effective it is. I will report back with the results!

When choosing natural remedies for hay fever, remember that what works for one person might not work for another. The best advice I can give you is to persevere and try a combination of natural approaches.

Do you have any natural remedies for hay fever that work for you? Please share in the comments and lets all have a sneeze-free summer! 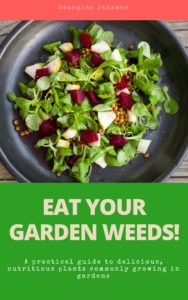